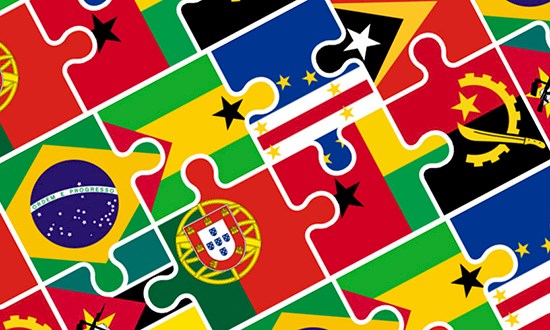 The Portuguese Language as a Professional Asset

Did you know that being bilingual makes you smarter? It’s true. According to research published by The New York Times, being bilingual has a profound impact on your brain, increasing your cognitive skills and even defending against dementia in old age. Part of the reason for this is that a bilingual person, especially one who switches languages frequently, has to have a type of situational awareness (similar to what we do when we’re driving) which hones the agility of the brain. And research suggests these benefits exist for people who learn another language later in life as much as for those who grew up bilingual. So beyond the obvious practical benefits of learning and speaking another language, there are more profound advantages to be had as well. And in an increasingly competitive world, why not give yourself the best chance to succeed?

Most people who set out to learn another language do so for a multitude of reasons, though traditionally it’s been considered that there’s one group of people who are primarily interested in a language and culture for its own sake and another group who want to leverage their new skills into a career in business or government. In fact, though, that distinction is less and less clear nowadays. One thing that is certain is that knowing another language can open doors to professional opportunities you never imagined. Even in situations where native-level proficiency is required for contract negotiation, for example, knowing what an interpreter is saying (and what is being said in response!), being able to chat informally between official meetings, and having the cultural understanding that’s an essential part of understanding a language, will all increase your effectiveness as a professional and your value to an employer (including when that employer is yourself!). After all, if someone has taken the trouble to learn a language, it means they’ve taken an interest that’s not just about the bottom line.

You might already be aware that Portuguese is the sixth most spoken language in the world, with over 215 million native speakers, and that it’s the third most spoken European language worldwide. Because the spread of the Portuguese language originated with overseas exploration, modern-day Portuguese speakers can now be found across Asia and Africa as well as in South America and Europe. Yet with some notable exceptions, Portuguese as a foreign language isn’t always offered as an option to kids in school, especially in English-speaking countries, so it’s estimated that despite the large number of native speakers, there are just 35 million non-native speakers of Portuguese worldwide. Of course, this just means you’ll distinguish yourself more as a non-native speaker! In Europe, most of your opportunity to converse with native speakers will be in Portugal, with a population of over 10 million and an economy on the upswing. In addition, there are Portuguese communities throughout the European continent, such as in France, Luxembourg, Spain and Switzerland. With the economies of African countries growing (and Chinese investment in Africa increasing), you’ll find Portuguese useful for 21st-century business in Angola, Mozambique, Guinea-Bissau, Equatorial Guinea, Cape Verde, and São Tomé and Príncipe. Further east, Portuguese is spoken in Goa (southern India), Macao, and East Timor, and even in several Australian cities. In the Americas, the USA has an estimated 1 million native speakers, and there are also communities in Canada and in several countries in South America besides Brazil (Uruguay, Chile, Argentina). In short, the Lusophone (Portuguese-speaking) sphere is worldwide, and being a part of it gives you a cultural reach you just won’t get with other languages.

So why should you learn Portuguese in Portugal, when there are over 20 times as many native speakers in huge Brazil, for example? Well, for one thing, continental Portuguese will be more versatile, because having learned to speak European Portuguese, you’ll most likely find it easier to understand speakers from other Lusophone countries than if you studied Brazilian Portuguese and came to Portugal, for example. Some native speakers of Brazilian Portuguese have said they actually have an easier time communicating in English when visiting Portugal than they do in their native language - it’s that different. Another great reason to learn Portuguese in Portugal is the type of experience you’ll have while here. Portugal’s capital, Lisbon, is one of the oldest cities in the world, older even than some other European capital cities, with buildings in some neighbourhoods dating back centuries. With its hilly topography, pastel-hued buildings, and riverside location, Lisbon is one of the most photogenic cities anywhere, while the cultural opportunities available to you outside of class are as widely varied as they are top-notch. And though Portugal covers a fairly small area, it includes a wide variety of climates and terrains, from wide sandy beaches (roughly half of continental Portugal’s border is coastline, after all) to snowy mountains (there are several mountain ranges, such as the Serra da Estrela and in the Alto Douro, where it snows regularly) and from rolling vineyards (including but certainly not limited to the Douro Valley) to volcanic peaks (in Madeira and the Azores). So if you want to get out of the city, you can see a lot even if you only have a fairly short time.

If all this isn’t enough, there are lots more reasons to choose to learn Portuguese in Portugal. For one thing, the musical ‘sh-sh’ sounds that make European Portuguese so distinctive among Latin languages means many people find European Portuguese has a gentler sound than Castilian Spanish. If Spanish has 5 vowel tones, Portuguese has as many as 13 - and the variety of nasal sounds and unusual verb forms, mean that Portuguese is a relatively complicated language (though still quite manageable compared to, say, Mandarin or Arabic). These additional features in Portuguese mean that learning the language of Camões (Portugal’s national poet and author of the epic poem The Lusiads) can be the perfect jumping-off point not only for other Latin languages but even some Slavic languages (many of the sounds are very similar).

If by chance you haven’t been to a language class since your school days, don’t fret. Language learning these days is not about endless drills and rote memorisation! Nowadays, language learning is based on communication, and students are encouraged to mingle with native speakers as much as possible. The idea is to express yourself, and not worry too much about making mistakes. At Portuguese Connection, we make the experience fun as well as educational, and we offer different types and levels of classes to fit your specific needs. So give us a call or drop us a note here at Portuguese Connection, and let’s talk about how we can help you learn Portuguese in Portugal.