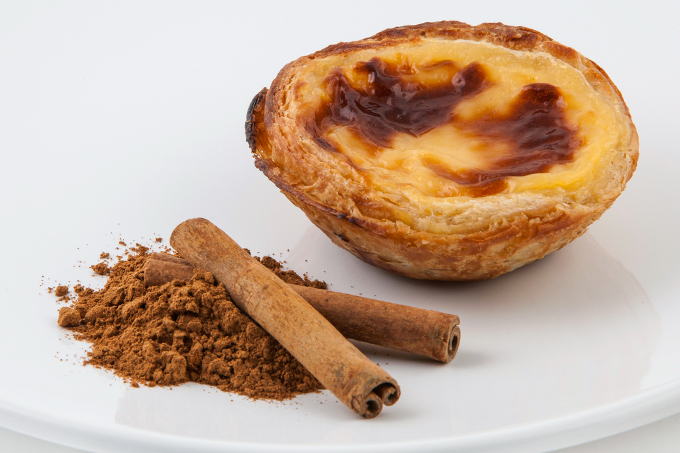 Pastéis de Nata are Lisbon's best known pastries. They are also sometimes called Pastéis de Belém, which is where they exactly originate from.

The story starts in the 19th century. Once upon a time, there was a little grocery store next to the Mosteiro dos Jerónimos in Belém. With the liberal revolution, the Mosteiro was secularised and the monks expulsed. In order to subside, they decided to start selling the pastries they used to cook and eat in the Mosteiro in the little grocery store. By then, people used to go from Lisbon to Belém on a steamboat, attracted by the unique architecture of the old Mosteiro. With time, the little pastries sold to the visitors became as famous as the Mosteiro itself.

The recipe has been kept a secret since the very beginning. It still tastes like it did two hundred years ago and there is a permanent queue in front of the current pastry shop.

If you are dying to have a bite but cannot afford the plane ticket, here is the standard recipe. It might not be as good as the secret one, but it is surely better than nothing ...