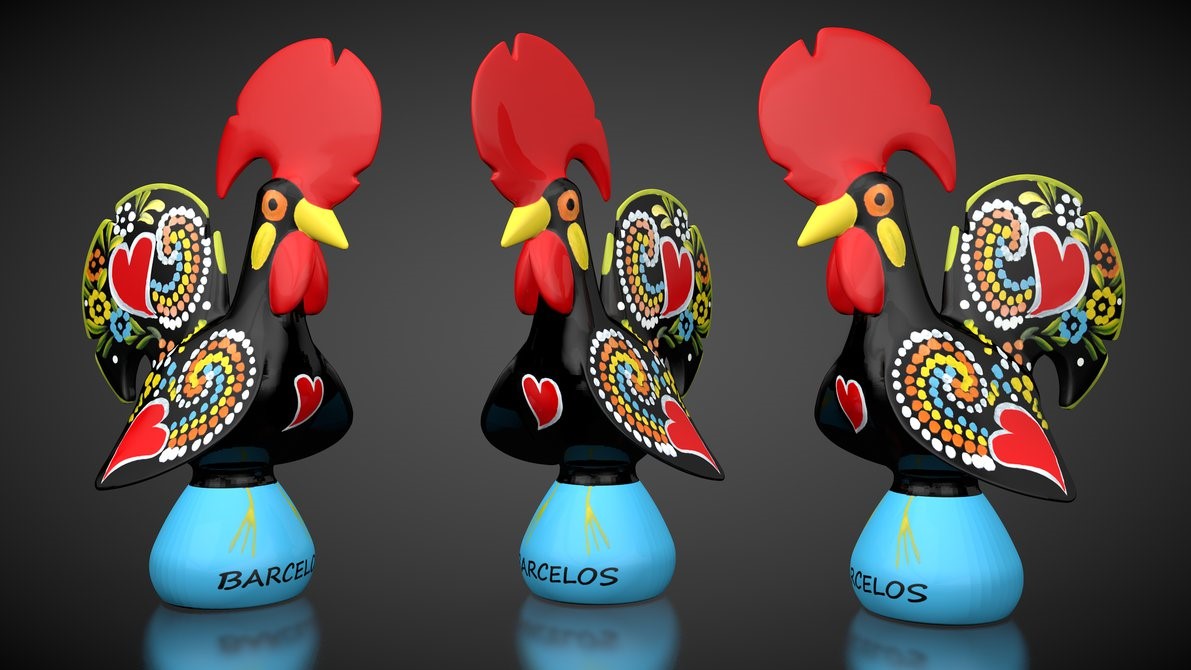 Every country has legends. They contribute to the shaping of national identity. Portugal has many, but this article will concentrate on the Legend of the Rooster of Barcelos, one of the symbols of Portugal.

Barcelos is a small town in the Braga district in the north of Portugal. The kind of small towns where everyone knows everyone and where news travel fast. One day, silver went missing in the house of a landowner of Barcelos. Looking for the thief, the inhabitants of the city quickly pointed their finger at a pilgrim from Galicia who was passing by Barcelos on his way to Santiago de Compostela to honour a promise. The man pleaded his innocence, but was ignored and sentenced to death.

Desperate, he asked to be taken to the judge. His request was accepted and he was taken to the house of the magistrate, who was holding a banquet. As he tried to convince the judge, he exclaimed: "It is as certain that I am innocent as it is certain that this rooster will crow when they hang me."

The judge laughed, but pushed his plate aside without eating the roasted rooster, without thinking much more about it. However, as the Galician was hanged, the rooster suddendly stood up and started singing. Astonished and feeling guilty, the judge ran to try to save the poor pilgrim, whose only fault had been to be in the wrong place at the wrong moment.

Fortunately, the Galician had been saved by a stroke of luck: the knot of the rope that was supposed to hang him had been so poorly made that it fell open. The judge was relieved to see him alive and released him.

Seeing a sign of God in his adventure, the pilgrim returned to Barcelos to sculpt The Crucifix of the Lord Rooster, in praise of the Virgin Mary and Saint James, which is now preserved in the Archeological Museum of Barcelos.

There are several versions of the legend, but all of them stare a pilgrim or a stranger with or without connections in Barcelos and a singing dead rooster. Nobody ever found out who stole the sivler, though. One can also argue that it does not really make sense that someone from Galicia had to pass by Barcelos to go to Santiago de Compostela … but again, it is a legend.

Nowadays, you can see O Gallo de Barcelos pretty much everywhere in Portugal. Represented in small colourfull figurines in tourist shops or in statues on public squares. It became a national symbol.