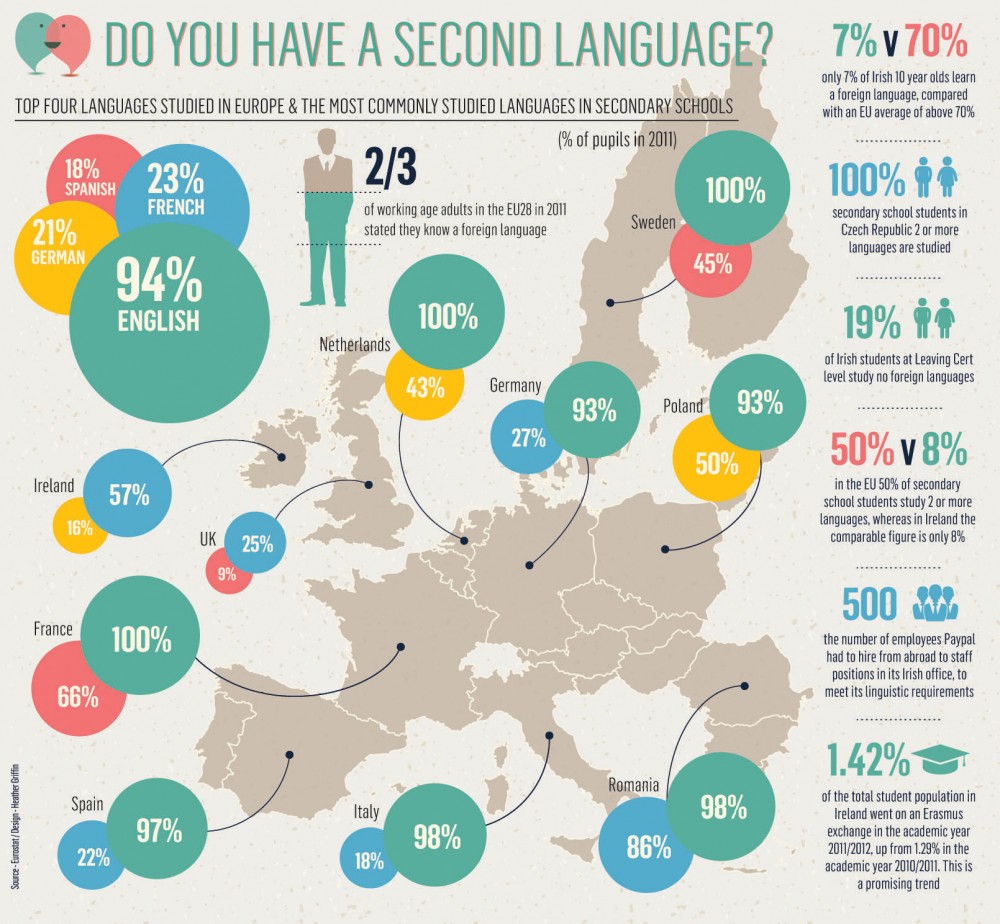 We wrote many posts about learning Portuguese and teaching Portuguese to foreigners in this blog. But what about the Portuguese themselves? Which languages do they learn? Is it easy to live in Portugal without speaking Portuguese? Are Portuguese open to other cultures? These are some interesting questions that we are going to answer for you.

Portuguese has become a very touristic country. Over the last few years, there has been a huge touristic boom, principally in Lisbon, in Algarve and in Porto. The streets are packed with visitors as soon as the season starts, the airport reaches the maximum of its capacity and you'd better book your room early.

However, the pale people with blue eyes walking around the Portuguese capital are not only tourists: Lisbon also counts its number of happy expats, who where once enchanted by the city and decided to stay. Unlike most of the other international cities in the world, Lisbon is often chosen for the place itself rather than because of an independant professional relocation. Another reason why the expat community keeps growing in Portugal might be how easy it actually is to go about in English. Portuguese people learn English from a very young age and already have a very decent level when they reach the last years of highschool. They also seem very comfortable expressing themselves in another language, as if it was something natural for them to do. The older generation might not be as eager to speak English, but that is also the case in almost every other country where English is not one of the national language.

Next to English, it is not uncommon to hear the Portuguese speak French as well. It used to be the first foreign language taught at school before it was replaced by English. The French are also the most important touristic group in Portugal, which encouraged the workers of the tourism industry to learn French. It might actually be one of the reasons why they love Portugal so much, coming full circle.

And what about Spanish? It is very easy for Portuguese people to learn Spanish. So easy that they don't need to, as they can understand most of it. They would prefer you to talk English rather than trying to make your Spanish sound Portuguese though.

To conclude, compared to other Romance countries, the Portuguese are quite good at learning other languages. It might be due to the fact that they don't dub movies, or because they have always been more open to the rest of the world. Being a smaller country at the end of Europe, it was a natural evolution. Having said that, it is always very much appreciated if you try to speak Portuguese