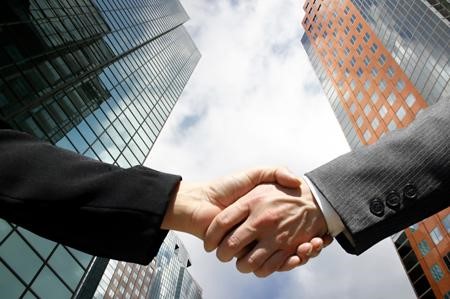 Although business manners are becoming more and more international, some countries keep a certain way of doing business that might seem strange if you are not used to it. In this article, we would like to give you an introduction to Portuguese corporate behaviour, which is always useful if you ever have to deal with Portuguese people.

First of all, you have to keep in mind that Portugal is still a very traditional and conservative country, which shows in business relations. People are friendly, but they like to stick to the formal way of addressing potential clients or partners.

For example, the proper form of address is the honorific title “senhor” for man followed by the surname and for woman, “senhora” or “dona” will be used followed by the first name. Anyone with a university degree is referred to with the honorific title, plus “doutor” or “doutora” (“doctor") with or without their surname/first name. And you should wait until invited before moving to a first-name basis.

Indeed, Portuguese society and institutions are highly stratified and vertically structured. People respect authority and look to those above them for guidance and decision-making. They defer to those in senior positions and maintain a sense of formality in written communication. As a consequence, special attention is paid to the dressing code, as it is the most obvious way of indicating social standing and success. Portuguese people take pride in showing opulence and how high they are in the hierarchy.

Second of all, when it comes to building relationship in a professional context, expect to invest a great deal of time developing the relationship. A fair amount of getting-to-know-you conversation may take place before business conversation begins. You should know that Portuguese people prefer face-to-face meetings and if the representatives of a team have to change during the negotiation, the whole relationship building process will have to begin again. You will also do your best to avoid direct criticism, as it is not really appreciated, even if you consider it to be justified.

Third of all, as I am sure you have noticed, Portugal is a latin country. This usually goes together with a quite relaxed attitude towards time. Business is conducted slowly. In many circles, 5 to 10 minutes late is considered on time and deadlines are not as crucial as for other cultures. They still have a limit though, don’t arrive half an hour later at a job interview for example. And talking about appointment, don’t schedule a meeting for August or between Christmas and New Year. These periods are for holidays.

On a more general note, in Portugal, people prefer to do business on the long term although at times, they focus on short term gains as well, and they are very thorough and detail-oriented. You will do well to avoid using high-pressure sales tactics and risk offending who you are dealing with and finally, remember that Portuguese people negotiate with people, not companies.